The first time I met Tara it was during a dinner at the Florida Dietetic Association Conference. She was the lively one. Funny. Smart. Full of spunk. She had such a beautiful and warm smile that made everyone at the table feel special and want to be her friend. Fast forward 1 year. I kept up with her on social media and am lucky to have another group dinner in Florida. She is still the lively one. Funny. Smart. Full of spunk. If you did not know what was going on in her life, you would probably think she was like any other busy entrepreneur mom who was juggling a career, kids, and everything else that comes with life. But behind that beautiful and warm smile, Tara was dealing with one of the biggest life challenges any woman could be faced with. Her husband was battling Stage 4 cancer with a year or less to live. They were traveling to Germany every few weeks for treatment, she was mothering 2 young boys, she was running a business, and she still had to make time to take care of herself. Wow. This woman did all of the above with a spirit and attitude that would inspire anyone to take on life’s challenges, trust in the man above, and give it the absolute best you have. This one is for Stephen.

“My life was really, really full–a busy entrepreneur, a wife, and mother of two young boys. I barely had time to breathe, let alone go out for a night with my husband, date night–what’s that?

I had begun to lose sight over what was most important in life. Sometimes it takes a tragedy to regain vision and clarity in life.

MY BELOVED HUSBAND STEPHEN WAS DIAGNOSED WITH STAGE 4 CANCER AND TOLD HE HAD A YEAR OR LESS TO LIVE.

Our sons were 2 and 4 at the time, and I couldn’t imagine life without him by my side. We were perfectly matched in so many ways, and we had plans to live well into our golden years together.

We took our fight to Germany because traditional medicine in the US wasn’t giving us hope of survival. We went to Germany every month for 10 days, leaving our kids behind with grandparents to care for them while Stephen fought for his life. We had to pay out of pocket for this care, and we were humbled by the donations that came in and fundraisers thrown in his honor.

IN ORDER TO KEEP MYSELF GOING, I HAD TO “TRAIN” MYSELF IN ALL DIMENSIONS: PHYSICALLY, EMOTIONALLY, MENTALLY, AND SPIRITUALLY. 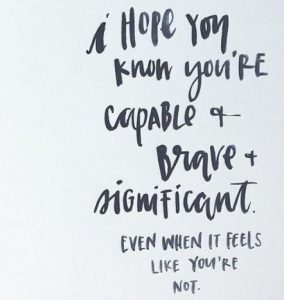 Physically: This was a real struggle for me. Running is my outlet, but I had been on and off injured for years. I started running again in Germany and felt an amazing high from doing what I love but had lost for so many years. Food was a big issue, especially when Stephen was really sick and in the hospital. I had an eating disorder when I started college, and it is always lurking in the background of life, willing and ready to be a coping mechanism for me. I dropped weight pretty quickly because I fell back on that eating disorder mentality for comfort. I would have gone back into full blown eating disorder behavior if it wasn’t for the determination I had to be present for Stephen, my kids, and most importantly myself.

Emotionally: I had deep conversations with Stephen about our life together, our children. He was so determined to beat this, and it was an emotional roller coaster watching him fight–to watch the cancer spread, to get better and then ultimately to have it take over again. I made a point to connect with my kids every day. I relied on friends, like Stacey and others who literally held me up.

Mentally: I had to compartmentalize my life. I had work, I had a husband who was fighting for his life, and I had kids. I continued to work, and it was an outlet for me to feel normal, even if just for a few hours–to take my focus away from the worst problems in my life.

Spiritually: I relied on my faith to get me through. I would not have survived without faith. Stephen had incredible faith and told me time and time again that he just wanted God’s will to be done. We were aligned spiritually in the fight. Neither of us ever asked “Why?” It was counterproductive to ask why. We had this on our plate and we needed to face it full on.

I learned the importance of recovery during this journey. I am Type A and tend to not know how to relax and feel guilty when I do it. Our time in Germany was a gift in so many ways. It was recovery for me and in some ways even for Stephen. I worked while he was getting treatments, we took side trips around the countryside, and we had a lot of time alone and as a couple to connect. I learned not to feel guilty about asking for help when I needed it. People who love me want to help when times are tough.

Stephen died 10 months after he was told he had one year to live.

Someone asked me recently what was the hardest part of this journey. Was it watching my husband who is a marathon runner using a walker in the halls of the hospital? Was it going to pick up my then 3 and 5 year old boys from daycare and telling them that their Daddy was gone forever? 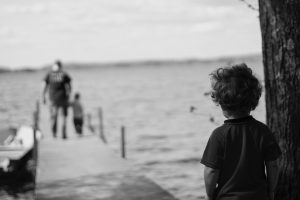 The hardest part was praying that he would die. I prayed that his suffering would end, but selfishly I prayed for my suffering to end, too. I have since learned that it is OK to feel whatever you are feeling when you are going through an experience like this. I wanted everyone’s suffering to end, including my own.

My new journey has begun as a single mother with my two amazing boys. I was brushing my teeth the other night and looking in the mirror when one of those random, not necessarily welcomed thoughts popped into my head.

“DID YOU DO EVERYTHING YOU COULD TO SAVE STEPHEN?”

And because I lived through this in the ways I just described, I could look back at myself and say

“HELL YES!” I did everything I possibly could have to show up and be the best version of me in the most trying time of my life.

Life isn’t always going to be easy….something is always going to be thrown at us when we least expect it. You can lie down and let it beat you down, or you can show up and face it head on. I choose life. I choose to continue to move forward and keep living my life in the best version of myself that I can be. 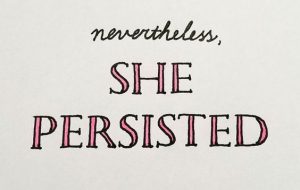 Share how Tara has inspired you to give it your everything!

Stay up to date

Easily embed your newsletter providers form below to collect emails. Or use a button to link to your optin page. We use and love Flodesk – That is an affiliate link that will save you 50%.

LET'S CHAT
This error message is only visible to WordPress admins